I know, I’ve been quiet on the old book review front lately, but that doesn’t mean I haven’t been reading, oh no. So here, for your viewing pleasure is my latest batch.  Since it’s been a while I’ll run through how my grading system works for those who might have forgotten. I grade out of ten, because I don’t believe that five is enough to represent the variety of books available. Because Amazon and Goodreads only give you an “out of five” option, some books which don’t get ten from me, will nonetheless get five on these sites, but I will explain how I come to my conclusion for each book. So, without further ado, the reviews!

Dying to be Roman, by Jane Jago and E.M. Swift-Hook

I loved the concept of this before I read it. Alternative history which explores 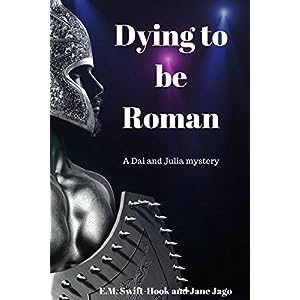 the concept of “what if the Romans never left”.  The world created here is intricate and has many neat touches, like still having the Colosseum, and gladiatorial displays, lions and more!  The problem for me was that I felt the world building was done at the expense of character development, and whilst the characters clearly had complex histories, these histories were revealed in a very short space of time in a way that wouldn’t naturally occur in normal relationships or conversation.  Equally I felt that the relationship was rather forced along, because that was what was supposed to happen, and I failed to feel any chemistry between the two main characters or see how they were attracted to one another.  That said, the crime solving in a different reality was a fun idea, and we met some interesting characters that I hope to learn more about in future books.

In conclusion, a good idea that would have benefited from more development of characters and plot, but definitely a world I will revisit in the sequel. This gets seven out of ten, or three out of five.

I won an audio copy on this in a competition in a Facebook group, and as I never win anything, it was very exciting.  I haven’t done audible before, and I downloaded an app and everything, it was all very high tech.  I won the book after reading an interview with Erik, and I remember thinking he is writing for all the right reasons, but being dubious as to whether he would be able to write convincing queer women.  I am pleased to say that he does a bang up job, and I did not question the characters or their motives once.  The story skipped along nicely, never once leaving me bored, and the narrator did a great job differentiating all of the characters.  I had to smile at how much of a concerted effort was made to diversify ALL of the characters, but I did think he did a great job reflecting all genders, sexualities and disabilities.  There were typos and repeated words, which I noticed through the narration, but that didn’t grate me as much as they would have had I been reading it, as it is hard to turn off your editor head.

So, in short, I liked the concept, and the story as a bit of escapism.  Not great literature but good entertainment, and for that and a decent narrator who deserves a nod for a good performance it gets eight out of ten, or four out of five.

I quite enjoy a graphic novel every now and again (I may have mentioned already) and Batwoman was downright brilliant, actually.  Not many of you know this, as I keep it to myself, but I am actually Batman.  Without any of the gear, money, dashing good looks or sidekicks, but in spirit at least, but Batman has such a long history, it just seems a bit daunting to know where to begin.  Batwoman is new, and I can start at the beginning and follow her journey.

The artwork was fantastic, the story compelling.  I loved all the subplots and twists they managed to squeeze into a short book.  I read it in two sittings and it left me wanting to know what happens next. My only criticism is that it was too short!

So, that’s nine out of ten for this, or five out of five.

The Rose Thief by Claire Buss

This is a brilliantly clever book that had me gripped from the beginning.  It is 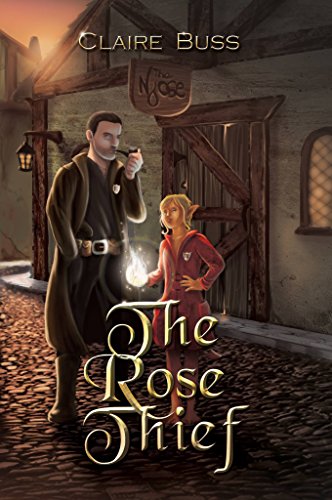 an homage to Terry Pratchett in its witty writing style, yet so utterly unique in story that you will wonder where on earth (or beyond) the writer found her inspiration.  The world is so intricately built that you can visualise every step the characters take on their journey, and the very British humour had me laughing out loud in places.  This is another one where I felt that the romance could have spent more time developing, as it struck me as a bit sudden, but the characters all had such unique and cleverly drawn personalities that I was just enjoying them for what they were.  If you like Pratchett you won’t be disappointed, this was a fabulous read and gets nine out of ten, or five out of five.