I am participating in the 12 Days of Indie book buying event, where you commit to buy one book a day from an independent author in the 12 days leading up to Christmas. I have set myself the additional challenge of reading and reviewing them all as I go… Eeek! So this is post 1 of what will probably be many. If you have read any of these I would love to know what you think. Pop a comment letting me know.

My Name Is Not Alice, by Angelika Rust 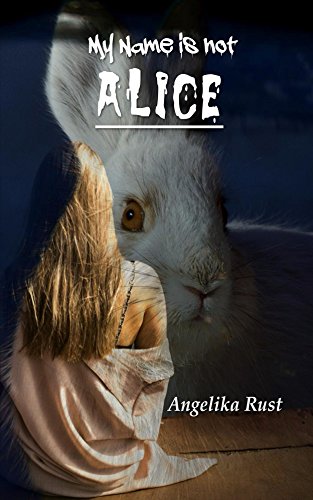 I loved this book. It is book one in the “Resident Witch” series, and sets everything up nicely and probably means I have to buy the rest of the series… It deals with some issues that could be triggering, such as sexual violence and bullying, but there is nothing explicit, and in today’s climate especially, it is important to face these things rather than hide from. What I both liked and found disturbing in equal measure in a YA book is that there was really no moral compass. The characters were real, made real mistakes and had real flaws, and there was no retribution or learning curve, just like real life. Alice, the main character, for example, chastises herself for not wanting to have sex with her boyfriend, fearing what he’ll think of her, the way a teenage girl might, but there is never the realisation that it’s her body and her choice, the thought is never addressed again.

Trouble, the main love interest is also morally dubious, and I didn’t like him, but I’m told that most women do, so, maybe that’s just me. Heh. I failed to understand the attraction, or the love.  So far this review sounds negative, and I don’t mean for it to be. It was a fast paced urban fantasy with demons, shifters, witches and more.  Well written and the scene is well set, I will definitely be going back to see what happens next.  The lack of any real moral message gave me pause, and as I read on I kept hoping that maybe there would be one at the end.  As with life, there wasn’t.  Nonetheless, a thoroughly enjoyable read and I will return to the series.

Pulling the Rug: A Sideways Look at Life by Jane Jago

Less of a sideways look at life, and more a smack in the face with harsh reality, 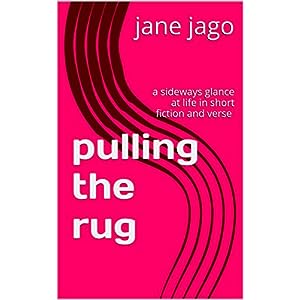 this book is not for the fainthearted.  A collection of short stories and poetry, this is a quick read – I finished it in a couple of hours – but in that time I had laughed and cried. This book is so full of raw emotions.  Again, there are trigger warnings (I sure know how to pick ’em), this time child abuse, so if this is something you are sensitive to, then maybe steer clear.  At the end of that particular short story I felt very uncomfortable, and unsure how I was supposed to be feeling. It takes a very clever writer to leave you with so many questions at the end of a book.  If you are looking for something a bit different from the norm, give it a go.

I was literally unable to find anything to criticise, so it forces me to give it 10/10 or 5/5 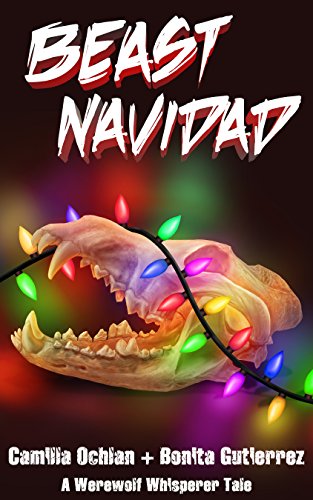 I was thrilled to find this audiobook free until after Christmas (I’m getting quite into audiobooks) and loved it so much that I immediately bought the next two books in the series.  It’s what we’ve all been waiting for, a buddy story with women, and kick ass women at that.  I loved the totally different take on werewolves, the sarcastic and plausible dialogue and the brilliantly drawn characters that I felt I knew almost immediately.  Nicol Zanzarella’s voice was so perfectly suited to the tone of the story that I’m sure I will hear it in my head whilst reading the next in the series, and the characters were so well differentiated that there was almost no need for the speech tags. If you’re a fan of urban fantasy (or like me, cheesy vampire, zombie or werewolf films) I cannot recommend this highly enough. It’s a totally unique take on the genre and very entertaining. 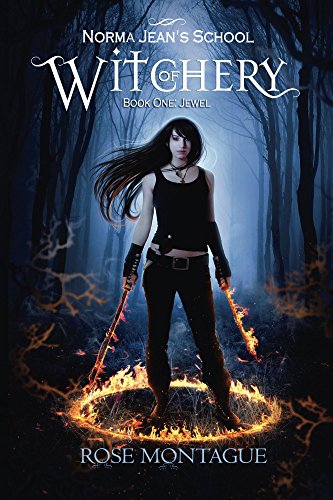 stories.  We have cameos from characters from the Three J’amigos series, which fans will recognise with glee, but I don’t think you need to have read the previous series to get stuck into this one.  The skill this writer has is to draw you in from the beginning and weave action into even the most mundane encounter. I read this in two sittings, because I just didn’t want to put it down, it was so packed full of action, adventure and excitement. Of course, this is set in a school, with school children, so we have to suffer a bit of teenage angst along the way to help appeal to the YA readership, but honestly I felt it was handled well, and didn’t detract from the story or irritate me too much! (I am a grumpy old badger).  I feel it would have benefited from a final edit, to catch some typos and sort out some formatting errors, but honestly, the story was so good I forgave most of it.