After the latest gaff from the White House this week, which has resulted in reporters asking President Trump directly whether he is a racist, it has been rumoured that major figures within the GOP have been in negotiations with Madam Tussaud’s about doing a straight exchange.

Since a very lifelike waxwork of Mr Trump was placed outside the American Embassy in London, it has proved considerably more popular with locals and tourists, who have been taking selfies with it.  There is currently a think tank trying to determine whether the president’s approval rating would rise if he were a waxwork.

The main problem with the exchange is that there is limited incentive for anyone outside of America to consider a trade, and quite frankly, we already have Nigel Farage in both wax and human form over here, thank you very much.

Now, some of you might be reading this report and screaming “FAKE NEWS” at your screen, which indeed this is, but we prefer to call it alternative facts.

This trick when writing alternative facts is to use just enough truth to get people to think “hmm”, then, lie your socks off. If you call us on it we’ll lie even more. Go on, call us on it in the comments, it’ll be funny.

Here are some selfies with the waxwork, see, pictures, so it totally happened… 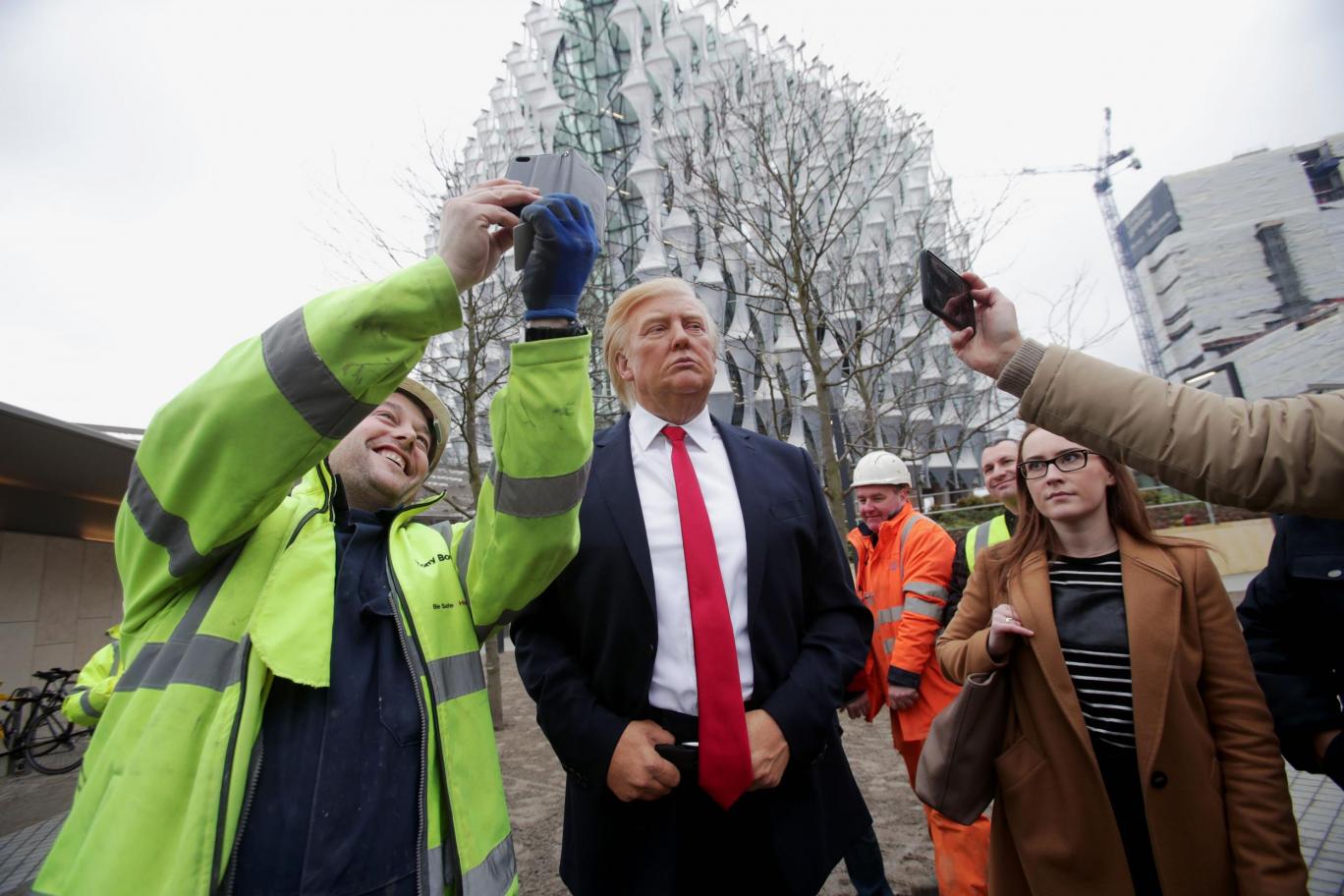