For week 2 of LGBT History Month I talked about Christina of Sweden.

Christina was the queen of Sweden between 1632 and 1654, when she abdicated. 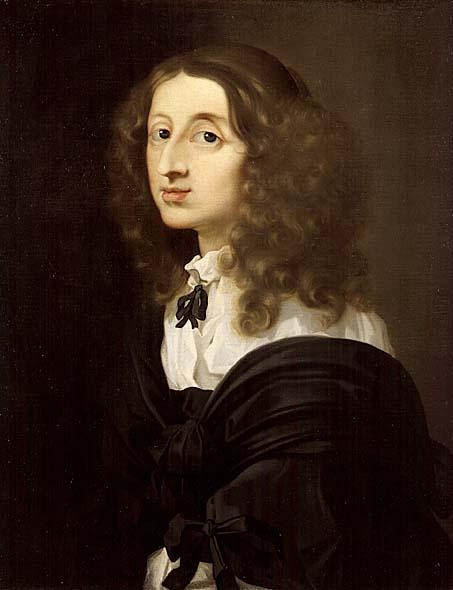 After the death of her father when she was six years old, Christina ascended to the throne. She did not, however, rule Sweden until she was eighteen. Her mother had mental health issues and so she was cared for by an aunt, and after her death a number or governesses.

When she took power proper in 1644 Christina focused on making Sweden more cultured, encouraging philosophers to come to Sweden, including Descartes.

Christina showed little interest in marriage, and she dressed rode and fought like a man. Her ‘favourite’ friend, Ebba Sparre shared a bed with her, and they exchanged letters even when Christina left Sweden. This relationship was deemed so important that even in the 1933 biographical film of the queen; Queen Christina – Greta Garbo kisses Ebba, and though the relationship is cut short by Ebba’s marriage and Christina’s fictional romance with a man, the acknowledgment with the film says a lot. The 2015 film The Girl King focuses a lot more on this relationship, and even goes as far as to suggest that Ebba’s marriage was why Christina left Sweden.

It was, in fact her conversion to Catholicism that forced her abdication. Sweden had just fought a 30 year war defending Protestantism and the queen’s conversion would have seeded too much discord.

She continued her adventures across Europe, fighting for oppressed people and still championing the arts long after she abdicated the throne, and is one of only three women to be buried in the Vatican.

You can find out more about her in the sources I have listed below.