When Ready Steady Cook was cancelled in 2010 my life lost all meaning.  I was left with nothing to do in the afternoon but job hunt whilst eating slightly mouldy cereal bars and trying to find a way to enter into the adult world.  Let’s face it, no-one wants to watch stupid people attempt to answer questions that they could answer at home with the help of Google, and lose every week to a bunch of smug gits who read the encyclopaedia before bed. At least with a cooking show there is a chance of a serious injury to keep you on the edge of your seat, potato peelers can be sharp, proper training must be given.

But fear not, my life has found new meaning with the discovery of Feathers and Toast, a 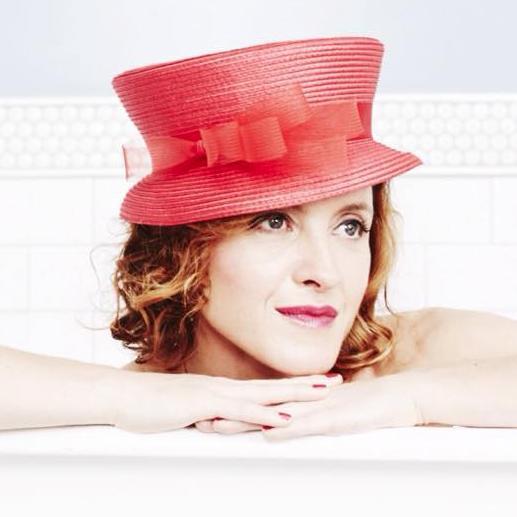 new brand of cookery show for the new millennium.  Tallulah Grace is so much more than a chef.  Her moves in the kitchen rival Ainsley’s Strictly story, and she clearly has classical training in the field of mime.  Whilst it is never stated within the show itself, it is clear from the way that she handles a baguette that she received most of her professional training in France, probably in a Michelin starred establishment.  Despite this, Tallulah has the great skill to make cooking accessible to all, taking on such challenges as the great ham sandwich, or poached eggs, and making them seem easy.

Her time spent in France has also imbued her with the most fabulous sense of style, and her outfit choices are just as much of a reason to watch as her prowess in the kitchen.  The occasional slips into French throughout the show make me, as an audience member, feel really sophisticated.  It’s like watching a French film, only without the pesky subtitles, or the overly drawn out sex scenes…

What makes Feathers and Toast most perfect is that it is designed for the Twitter generation.  You know who I mean, those people (of varying ages) with the short attention span, those that have to get up three times in the cinema because they haven’t conditioned their bladder to hold it for an entire hour and a half, and there might be something terribly important happening on the internet.  The shows are approximately five minutes each, just perfect for anyone with five minutes to spare.   Being on Youtube you are also not conditioned to a specific time, you can check in and out, or if you are a binge watcher like me then you can watch both series in the space of an afternoon.

Watching Tallulah is not just entertaining, but good for the soul.  She is a great humanitarian, and her show has literally saved a life.  The life in question is Marge, who now occasionally guest hosts and I’m sure has her own fan base, as her hip moves are just awesome.

It’s been a long time since anything has impressed me enough to actually write a review unprompted (mostly stuff is submitted here, cos we is totes amazeballs, and I is hip and down with the kids) or I have a minion, erm, member of the team do it… but Feathers and Toast has inspired me.  Tallulah has inspired me, and I hope she inspires you.  Check out the trailer below, and don’t forget to subscribe, darling…

Update, we are currently in negotiation with Tallulah’s people about the possibility of doing an interview with her.  If you would like to send your cooking questions in, you can. The address, as always is newsdesk@newsnibbles.co.uk